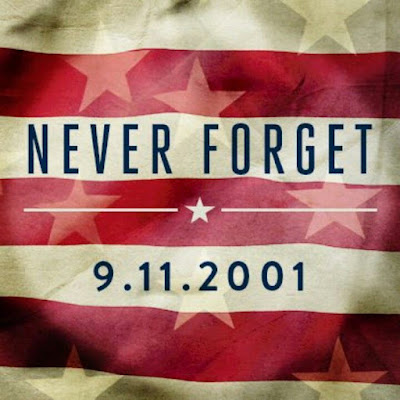 It was a Tuesday morning,... a typical morning in between Summer and Fall. A little cool with lower humidity. We were on the way to the job site near the Point off River Road. It was new construction and we were in the process of priming walls and trim at this point.

I remember having the radio on John Boy and Billy's morning show. Apparently they had a tv in the studio and a message was relayed to John Boy that a plane had just hit one of the towers,... As they were discussing the ordeal and trying to figure out the how's and why's of it happening, a second plane hit the other tower. At that moment we all figured out together this wasn't an accident. It was deliberate.

Arriving at the job site, we all had radios on. There were the trim carpenters there along with us and all ears were listening,.... we just listened for a bit, no one speaking. I felt the need to find the kids, talk to them, hug them and just go home. That's what we did. I've never been one to have the news on but this day was totally different. I had to know what was happening.

I remember wondering if we could even get back across the river to Florence. The Pentagon had been hit and a plane had gone down in a field. My mind wondered what if,.... what if a plane hit one of our dams. Or a bomb went off at Wheeler or Wilson,... could we still cross? Can you imagine the devastation of that happening?

What I don't remember is how long it took to figure out who was responsible for the attacks. Wishing I was young enough to go fight. I wanted to make them pay for all of those lives lost. Now,... I want to make the ones pay for the lives recently lost in Afghanistan.  And the equipment left behind. 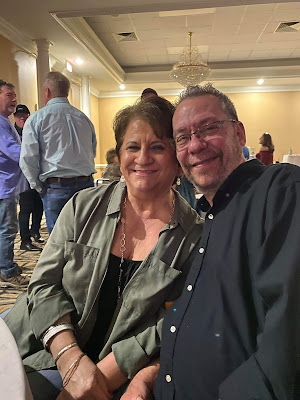 This lady came into my life unexpectedly. Very unexpectedly. I wasn't looking for anyone, I was content on how things had worked out in my life. Then all of a sudden, with the force of an F5 tornado,... this woman literally blew my mind.

Her charm, her wit, her smile just set my heart on fire. She made me laugh.  Her caring for others and her family is second to none. She is just,.... in one word,.. awesome.

Have you ever gotten brain freeze from eating something cold, like ice cream? I get that from her making me laugh. Still, after a year. There isn't a dull moment with her. After rereading all of that,... I just smile. Because it's true and because well,... I'm just smitten.

We share desserts and forks,... and hopefully the rest of our lives together. 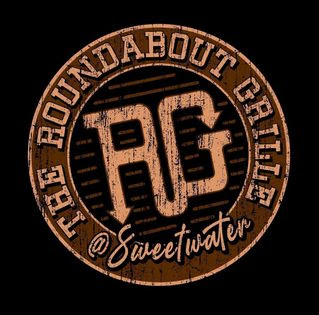 Well,... most know about my thoughts on the roundabout in East Florence,... okay, okay I was wrong. The best thing to come from the roundabout is a new restaurant titled, Roundabout Grille at Sweetwater.

If you are looking for something different and new,.. folks this is the place. The atmosphere is great. The food is even better and the desserts,... they are off the chart good.

This was our second time to dine there and it certainly won't be the last. They have everything from burgers and sandwiches to steaks, chicken, pork and kids plates. Last night we had the blackened chicken and lemon pepper chicken and both were excellent.

Our service both times there has been great also. They take really good care of the patrons which in this day and time is almost non existent. Very good food along with service and throw in the atmosphere and the Roundabout Grille has it going on.

Below are some pictures of our food and the grille,... 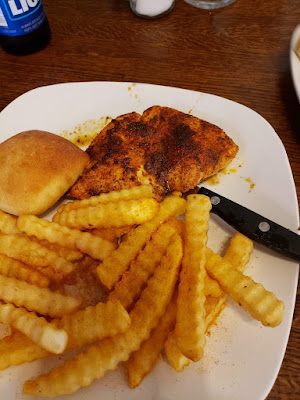 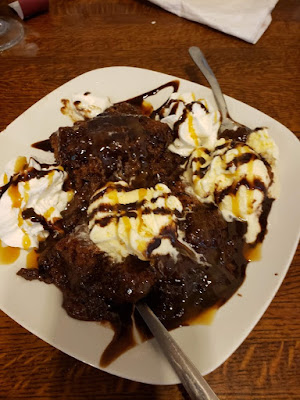 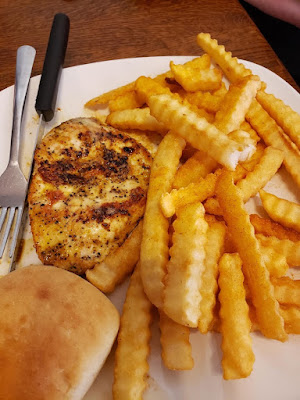 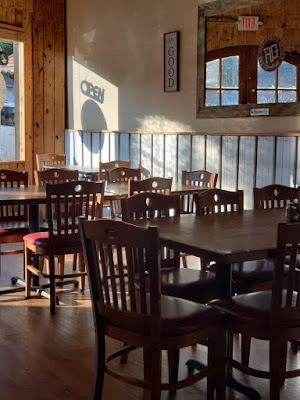 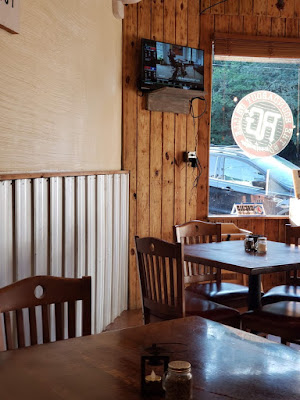 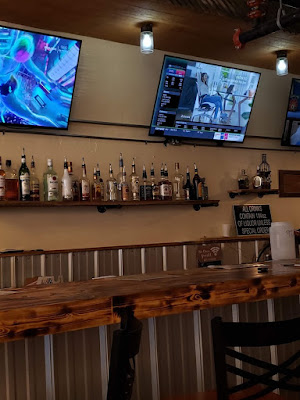 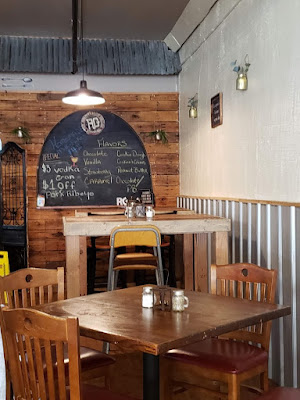 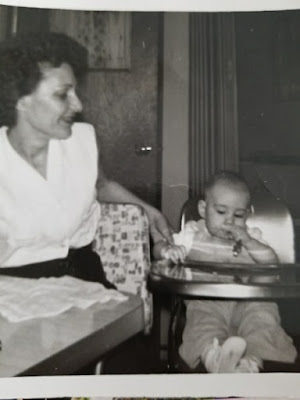 My Opal was a diamond,... this popped into my head a few days ago. I have no clue as to why it did,... I guess it's just one of those things. Opal, was my mothers name. A diamond, she was. She's been gone 28 years now and that in itself just doesn't seem right.

Mom dedicated her life to my younger sister and I. She did the same for our older sister as well. She didn't have an easy life, having to work to support us without help from our dad. Back then I'm not sure there was child support like it is now. They never divorced, just separated because he was abusive and a drunk.

She didn't make a lot at her job,... I know at one time when I was cutting yards at age 12, I brought in almost as much as she did. It did help buy my school clothes. She finally got some help after our dad died via Social Security. Without that, it would have been harder growing up and getting into junior and senior high school. We never did without.

Opal was a diamond with her trying to teach us life lessons, taking us to church, teaching us to respect our elders and authority and to be just good human beings. Oh and to love Alabama football. If she ever had a crush on a celebrity,... it was Coach Bryant.

She sacrificed her life for us. She didn't go out and party. Didn't leave us with babysitters so she could go out and have a good time. She stayed right with us and took care of us. She taught us many things through example, not just words.

Twenty eight years gone,... it just doesn't seem possible. Funny thing,... she's still teaching me how to try to be a good person. I failed her many many times growing up. Even now, I still fall short. Yep,... sometimes I can still hear her say,.... Brian William!! 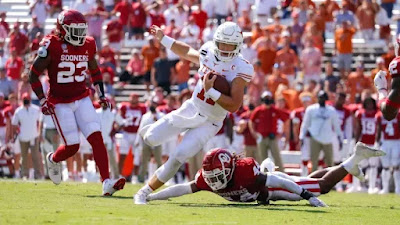 There are teams I personally just love to hate. Texas and Oklahoma are two of them. Of course there are the typical SEC schools I loath and putting them in any kind of pecking order would vary from time to time. Personally I still think Missouri shouldn't be in the SEC but that's just me.

Of course money is the motivator behind all of this. It will help recruiting for both schools(which means money) and it will renew the Ok Texas rivalry(which means more money). All things which I just don't care about. If both schools fell off the planet, it wouldn't particularly be a bad thing. I have the same feelings for the state of California. If it slid off into the Pacific,... it wouldn't be a bad thing either.

I didn't expect a unanimous vote by the league presidents. I figured Texas A&M would have at least voted no. But, that's why I'm no football guru. I would usually figure things wrong.

But anyway, those of us that aren't happy about this misadventure will just have to deal with it and go on. It is what it is. Roll Tide Roll!! But I still don't like it.

The Florence city council finally showed some form of leadership in a positive way. Instead of being lead by Dick (its my way or the highway) Jordan, the city council did not approve of a proposed plan for a new city hall and parking deck. Three council members did listen to downtown business owners who do not want the existing parking deck removed. These business owners located in Florence so that their businesses and employees can utilize the parking deck. Thank you to the three that did listen,.. Kaytrina Simmons, Bill Griffin and Jimmy Oliver did what is best for the city. Thank you!! While the vote didn't cancel out a new deck and city hall, it did allow for more discussion on the matter. So hopefully a good and well thought out solution will be reached.

I did see this mentioned somewhere, not sure where so I can't give the person credit for it. Mentioned as a possible sight for the new city hall was the empty lot on Tennessee Street. I thought this was a great idea. plenty of room to go up and it could possibly support a small parkin deck for city employees. Also after the move to the new city hall, build a new deck on that sight. It would serve for parking downtown as well as the county court house. Remodel the existing parking deck instead of removing it. Just my thoughts,... But to this simpleton, it makes sense.

First Fridays And The Florence Flop,... 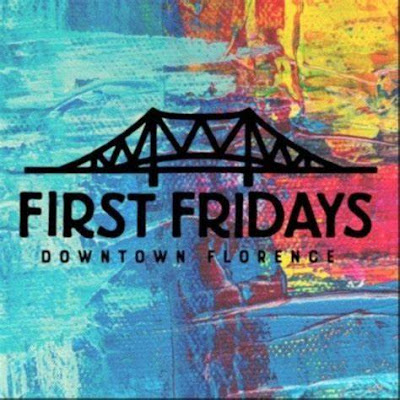 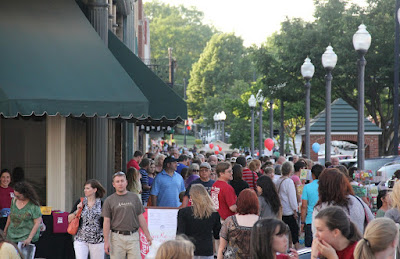 First Fridays,... after going to the last event held June 4th,... it was really a sad thing to see. The vendors used to line the streets from Tennessee St to Tuscaloosa St,... on both sides of the street. June 4th had half that many vendors. It was a sad sight to see actually. The crowds were down as well,.... see the second picture above? It was nothing like that. If things don't change, the event will cease to exist fairly soon. When a sports team fails who is the first one to be looked at? The coach. Maybe the Downtown Florence Alliance needs new leadership. Here is what two different vendors had to say,... Vendor one, "I use to be a vendor at First Fridays. It's not the vendors fault. Trust me. We set up with no electricity and no option for hook up. When it got dark we would have to use flash lights. Also, we had to stop selling at a certain time even if we still had people shopping. Throw in having to pack up and watch for drunks and people trying to rip you off. It's simply not worth it to us. That may be the case for others as well".,...  Vendor two, "We were a vendor at First Fridays for over 10 years, but the last couple of years or so, there was very little to draw crowds. After having poor crowds for the last several years, they increased the fees and decreased the number of events for the year and also shortened the hours last year. Of course it was all cancelled last year and now this year they increased fees yet again and decreased the number of events again. We decided not to participate. It was a much better event when the volunteers ran it than it is now. Bad management!".

Downtown Florence isn't thriving as well as it could. There simply aren't that many retail places there. Retail brings in tax dollars. Go,... recruit. A grocery store or even a ugh, Dollar General would be an upgrade. Oh hush, you know you'd shop there.

Now for the Florence Flop,... Florence is failing in so many ways,... from the mayor to the council. There are a couple of council members who take being elected serious, the others, not so much. Thank you Jimmy and Kaytrina. The flop,... no, it isn't a new dance. It is the new mural on College St at Southen Pipe. Not even a high traffic area. But Florence spent $25,000 on it and paid an Atlanta artist to come do it. 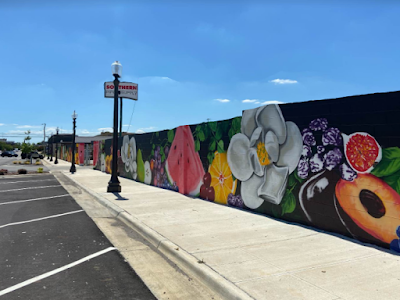 Oh it is nicely done, colorful and pretty. But for $25,000 one would think it might have something to do with our area,... The Shoals,... at the very least, what we are known for. Music. It had been suggested on Facebook do a music mural with local music artists. I would think Fame and Muscle Shoals Sound would have made a great choice. Maybe have their buildings on either end with artists, musicians and writers all portrayed in between. I don't know,... maybe that would have made too much sense.
Posted by OB at 12:57 PM No comments: 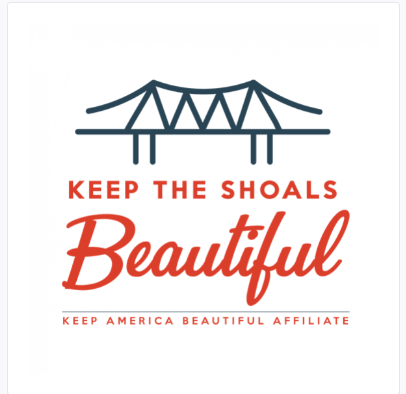 Visit HASRA online for details on how to help. 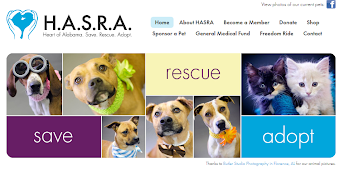 For All Your Painting Needs,... 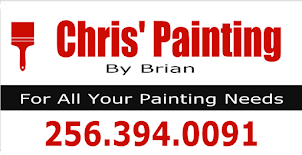 Hits From Round the World,....

OB
Questions? Comments? Suggestions? You can email me at original1bama@comcast.net 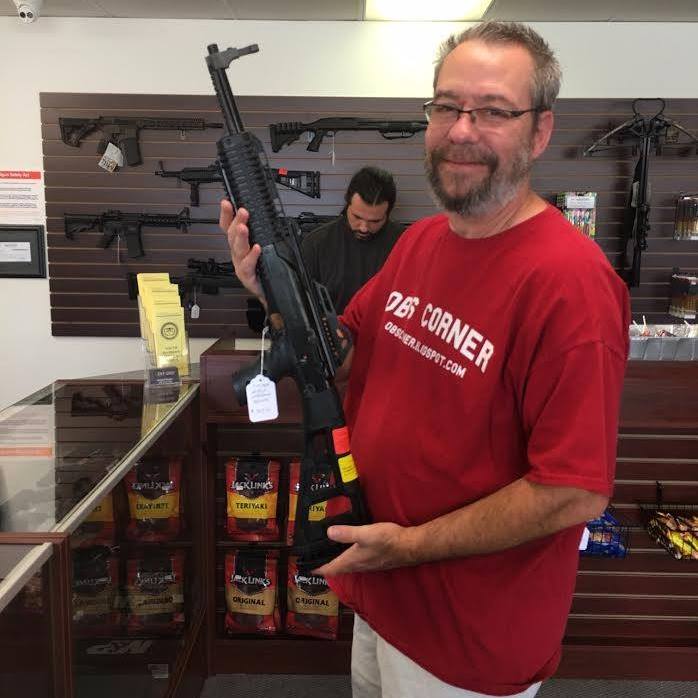 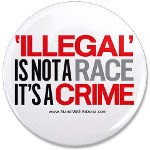